NEUE WILDEN WORKS from the 80s

The exhibit explores the early 80s, when Szczesny emerged as one of the protagonists of a young generation of bold figurative painters in the German-speaking world who came to be known as “Neue Wilde.”  Contact the gallery for more information. Modernism In The Service Of The Pleasure Principle:  Stefan Szczesny’s Art by Donald Kuspit 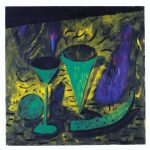 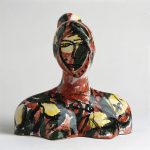 Lives and works in Saint Tropez 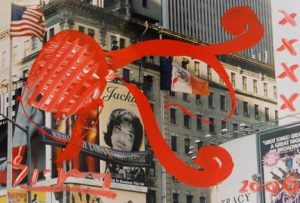 532 Gallery Thomas Jaeckel presents Diary, an exhibit of mixed media work by Stefan Szczesny, renowned German painter and sculptor. The pieces on display, called “photo-paintings,” combine two related areas of the artist’s creative endeavor. Since 1985, Szczesny has been making images that integrate photos taken in a variety of settings with figure studies rendered in his characteristically expressive style. The result of the juxtaposition of realistic, photographic imagery with the abstract, painterly records of the artist’s hand, cause the viewer, at first glance, to pause—has Matisse returned to us, reincarnated as a graffiti artist? Far from it! The French artist’s influence as a draftsman is apparent in the work, but Szczesny’s clever extension of the figure into realistic, photographic space is unique—and surprising.